Tuesday Book Group: The Authority of the Court and the Peril of Politics by Stephen Breyer

Tuesday Book Group: The Authority of the Court and the Peril of Politics by Stephen Breyer 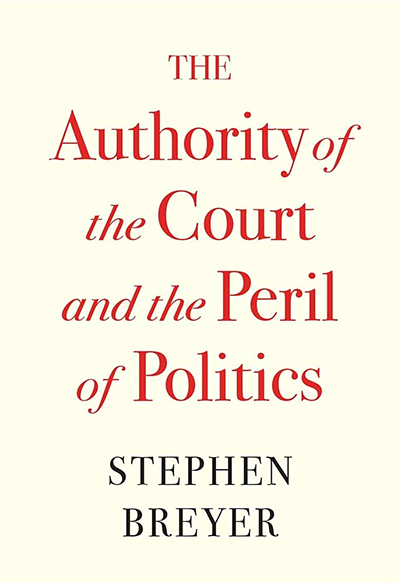 A sitting justice reflects upon the authority of the Supreme Court—how that authority was gained and how measures to restructure the Court could undermine both the Court and the constitutional system of checks and balances that depends on it.

Stephen Breyer, drawing upon his experience as a Supreme Court justice, sounds a cautionary note. Mindful of the Court’s history, he suggests that the judiciary’s hard-won authority could be marred by reforms premised on the assumption of ideological bias. Having, as Hamilton observed, “no influence over either the sword or the purse,” the Court earned its authority by making decisions that have, over time, increased the public’s trust. If public trust is now in decline, one part of the solution is to promote better understandings of how the judiciary actually works: how judges adhere to their oaths and how they try to avoid considerations of politics and popularity.